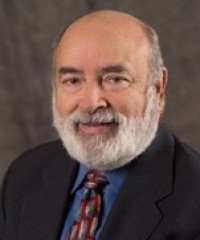 Joseph Hancock is a Chapter Director for the Irving/Dallas, Texas area. He has been an H.D. Vest Advisor since 1992. Before starting his practice, Joseph was the Founder and President of Graphael, Inc., an object-oriented database company. Prior to that, he was Sales Manager at Texas Instruments and Proprietor of four Computerland stores in Indiana. Joseph has his Series 7, 6, 24, 65 and 63 licenses. He is an Enrolled Agent (EA) and an Advisory Representative.

Joseph has attended every Vest Fest and National Conference since becoming an H.D. Vest Advisor. He was also an Area Director and a Chapter Director in Boston, Massachusetts area since the beginning of the Regional Support System program. He won the “Fast Start” award for the Northeast from H.D. Vest in 1993 and has served on the Educational Focus Group and other volunteer positions for H.D. Vest Reps. Joseph is also a Top Producer for H.D. Vest and attended the Top Producer Award Trips in Virginia and Puerto Vallarta. He also served five (5) years on the Board of Directors for the Enrolled Agents National Organization, the NAEA, and is an active member of the NAEA Large Tax Practice Retreat Group as well as past Co-Chairman for the 1999 retreat in Cape Cod, Massachusetts. He is also a Fellow with the NAEA National Tax Practice Institute.

Joseph was featured in the December 2000 issue of Accounting Technology magazine. He has pioneered H.D. Vest’s Web-based videoconferencing initiative by utilizing this technology to meet with over 400 of his Massachusetts clients during the 2001 tax season. Since then, he has significantly expanded his use of Web-based videoconferencing for the 2002 tax season by meeting with roughly 80% of his clients via videoconferencing. Joseph was featured on the cover of the December 2002 issue of Practical Accounting Magazine.

Joseph is in a partnership with HD Vest Advisor John Sweeden and their office is in Richardson, Texas. Joseph graduated from Purdue University with a Bachelor of Science Degree in Aeronautical Engineering.

Return to the staff page.